You are here:
Puppy Training 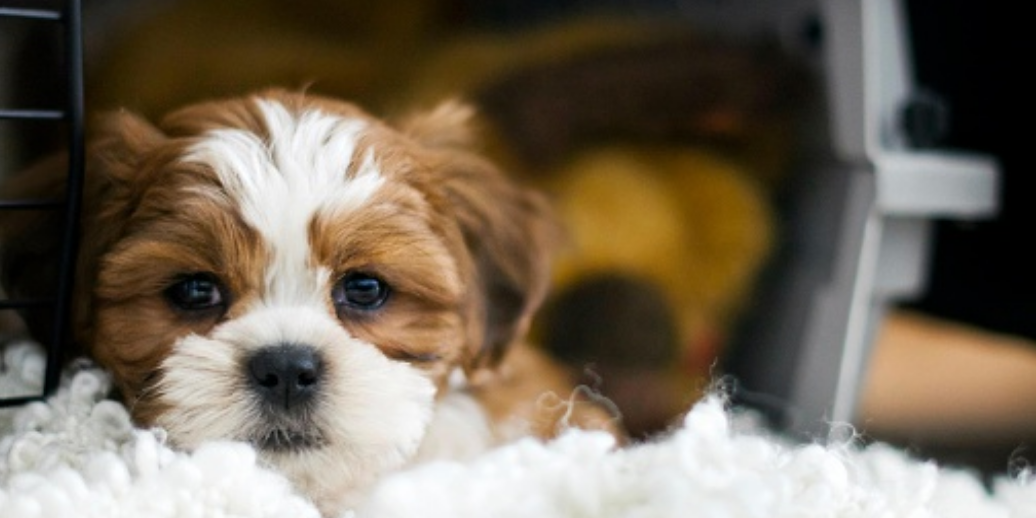 Puppies are cute, wonderful, lovely little creatures that both enrich our lives, and, simultaneously, can be responsible for some of the most frustrating moments in pet ownership. Although, I suppose, I’ve also just described pet ownership in general. But, let’s talk about puppies, and the best ways to keep puppies from destroying our home by chewing, going to the bathroom where they shouldn’t, basically saving puppies from their curious, although cute, little selves.

There are many people who would consider housing a dog in a crate to be a bad idea, and while, respecting their opinions, a crate is an excellent place to keep a dog safe, and to keep a dog from doing what he or she is not supposed to do. Crates also work as terrific dens for dogs to sleep, especially when they are younger, and untrustworthy enough not to be given run of the house at night while you’re asleep.

Starting a puppy to appreciating his or her place in the crate is simple: make the crate a positive place for them to be. If you start a very young puppy out in the crate, consider feeding the puppy there, and giving it its play toys in the crate. Basically, make the crate a just-as-fun version as the place outside of it.

Crate training and potty training go together very well, in that a puppy most likely won’t want to use the bathroom in his or her confined space, and will often bark or whine when it’s time to be let out. This establishes a behavior, and the dog learns it place outside, but it also establishes a pseudo-dialogue between you and the dog as to when it must go out for the bathroom.
Crates are also important to keep a dog safe while riding in the car. Yes, the open car window can be a dog’s favorite place, but what if the unimaginable occurs, even just a jettison of the car’s brakes, or a minor fender bender, and the dog’s loose in the car or truck: what then happens to the dog?
If you have any other questions as to the merits of crate training, call Groomingdale’s today.