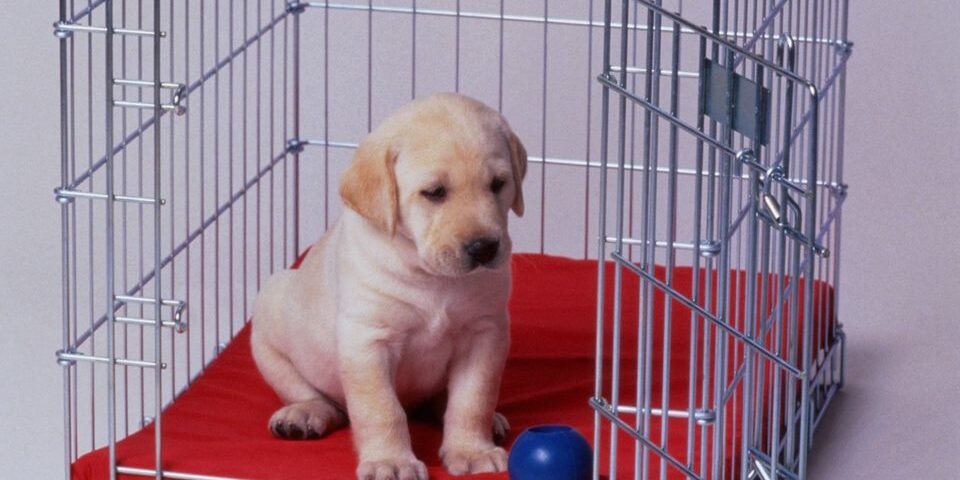 If you are planning to get a puppy you will likely begin by crate training it. Crate training is extremely helpful for three (although there are more) reasons. First, a puppy can’t damage anything, when it’s in the crate. Puppies like to explore their worlds, and oftentimes they explore it with their mouths.

So, a puppy who isn’t going to be properly supervised might be better off in their crate. Second, a puppy who is crate trained will sleep easier through the night, if not for any other reason than all there is to do there is to sleep. Third, it’s easier to potty train a puppy who uses a crate. Usually, a dog doesn’t want to go to the bathroom in what they perceive as their space (this is subjective, however, and depends on the dog). While a tiny new puppy may pee accidentally or excitedly, as the puppy gets older, he or she will likely want to get out, find place to do business.

To start crate training, keep everything positive: you want the crate to be a welcoming, comfortable place for the dog to spend some time. Make the dog comfortable in his or her crate. Feed the dog in the crate and even give treats there. Don’t place the crate in a back room somewhere. Keep the puppy in the same room with you, although if you plan to leave, crate the puppy in an area the puppy is used to. Get the puppy used to the routine of you coming and going. Dogs do very well when they understand exactly what’s expected of them. If you have a daily routine, make it the dog’s as well.

Most important if you are planning to crate train a tiny puppy, understand that you can’t cave in and take the puppy out, every single time the puppy whimpers. Chances are you go to work, or you leave the house semi-regularly. And the puppy is going to have to learn to spend some time on its own. If the puppy cries in the night, take it out from the crate, carry it outside and then set it down to do its business. When the puppies done its business, take it back inside and put it in its crate. This builds the routine that nighttime is for sleeping, and, sometimes, for going to the bathroom. That’s it.